This article was originally published on real-leaders.com

Terrorists move over. There’s a far worse terror in town that is indiscriminately targeting kids and adults, killing well over 10 times more Americans a year than all terrorist attacks of the last 16 years combined.

That’s correct. While politicians have spent several trillion dollars on foreign wars, they’ve distracted us from the very real threat that can be found in our own homes, targeting our families. In 1997, the United States became one of only two developed countries on the planet that made it legal for pharmaceutical companies to advertise drugs directly to consumers, including children. Since then prescription drug addiction and prescription drug overdoses have skyrocketed – in fact, quadrupled.

We now have a generation of young adults who grew up with a drug dealer living in their homes 24/7 – the television, magazines and internet pushing pills as a solution to every imaginable condition. Eighty percent of opioid addictions begin with a prescription for pain medication at your doctor’s office. It must be safe if a doctor prescribes it, right? According to the Centers for Disease Control and Prevention, in 2014 47,055 people died of an accidental drug overdose – 29,467 of those from opioid-related drugs, which includes prescription pain medication. To put that into perspective, firearms were used to kill 13,286 people in the United States over the same period (excluding suicide) with a total of 3,340 killed in terrorist attacks on American soil since 1995 (3,003 in the September 2001 attacks alone). 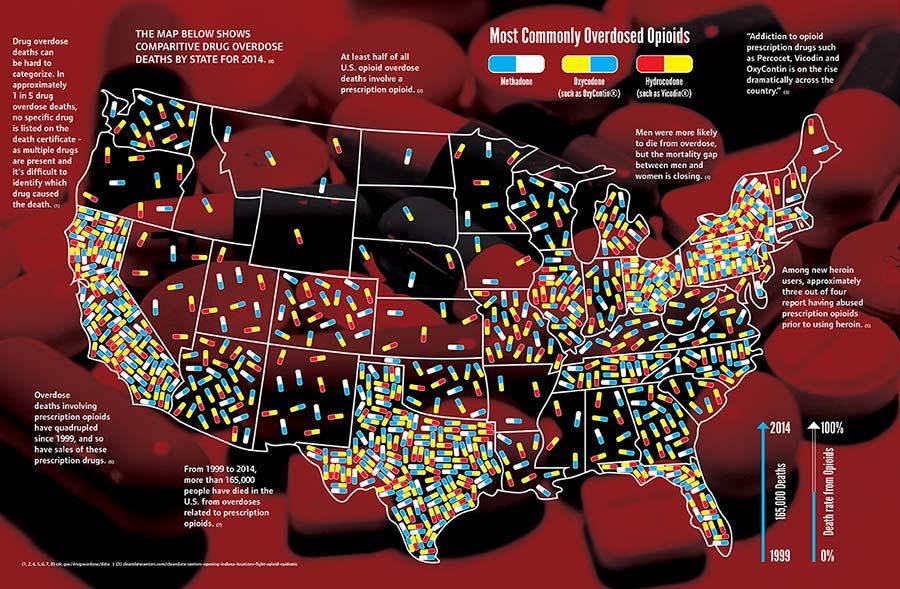 Drug overdose is now the leading cause of accidental death in the United States. Four out of five people who become addicted to heroin start out with a legal prescription from a physician – a result of injury, post-operative care or a medical procedure. Substance-abuse disorders affect 20.8 million people in the United States — as many as those with diabetes and 1½ times as many as those with cancer. Yet, only one in 10 people receives treatment.

It’s an epidemic that the CEO of CleanSlate, Gregory Marotta, says has crossed all socioeconomic boundaries. Forget about lecturing your kids on the dangers of drugs, white middle-class women are actually at higher risk. “It’s no longer considered a disease associated with race, religion or class,” he explains. “It’s indiscriminate, right across the board.”

It’s a sobering viewpoint that his colleague, Kelly Clark, the Chief Medical Officer of CleanSlate supports: “Drug addiction has always been viewed as something shameful, something to be hidden away from friends, employees and parents, but it’s actually not a moral failing,” she explains. 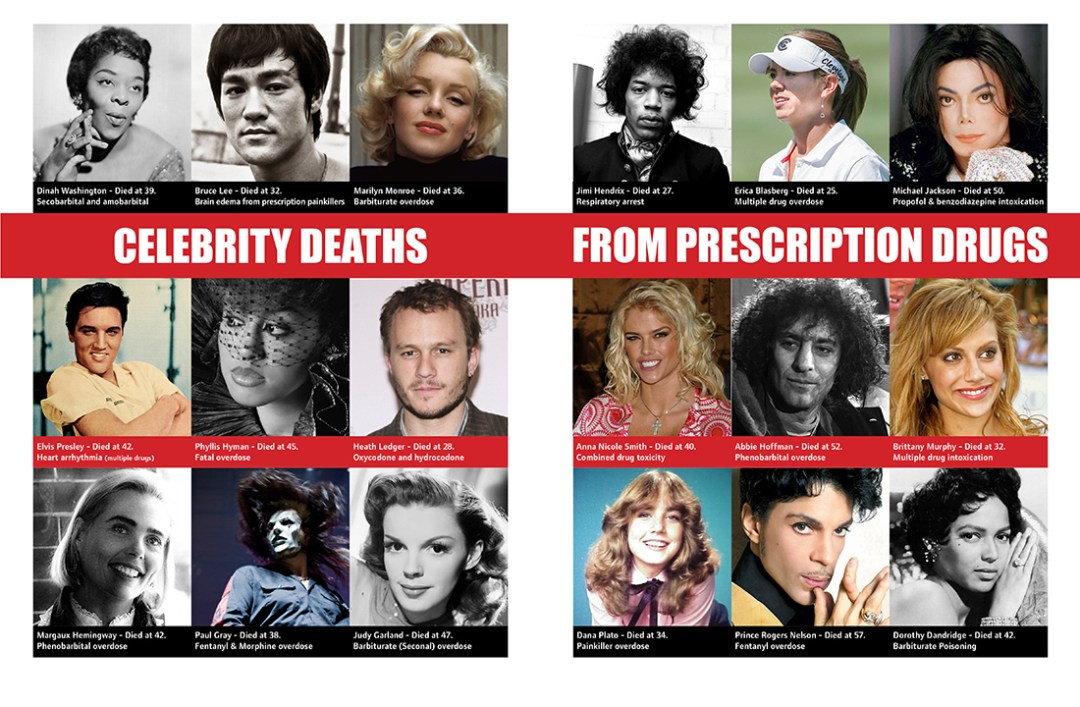 What if addiction was seen as just another chronic disease, alongside asthma or diabetes? Would this change your opinion of the almost 36 million people worldwide who are addicted to prescription opioid drugs? These are ordinary people who started on painkillers, prescribed by a doctor to relieve a medical problem, without realizing the risk of it turning into something deadly – addiction. We don’t talk about a diabetic being clean, or a diabetic being sober. Like other chronic illnesses, addiction is a disease that needs to be managed.  “We’ve always had a tendency to create stigmas around brain diseases,” explains Clark. “Whether it’s epilepsy or mental illness, we’ve historically thought that people with these conditions were cursed or possessed, or somehow to be made fun of.”

Most cultures have branded addiction as an issue of willpower. Society views those that take drugs as weak and unproductive, but ignoring this problem and banishing millions of people to the fringes of society is not working. Our modern healthcare networks, with clinics, hospitals, and insurance schemes, were established decades ago to service the sick and dying, yet addiction treatment was somehow sidelined – with blame, guilt and shame replacing proper care. When last did you write off a relative for being in the hospital for high blood pressure or a heart condition?

Clark thinks about 50 percent of addictive diseases are genetic, but surprisingly, we already have opioids in our brain –  endorphins – our body’s natural painkiller and feel-good chemical. Pills and opiates created in labs, or broken down from poppy seeds, contain levels of opiates our brains were not designed to handle.

Morphine makes most people sleepy, but some will experience an energy rush that makes them want to clean the garage. This type of person is a high addiction risk and shouldn’t be given opioids. Extended use will actually change your brain and it won’t change back if you stop.

It’s very difficult to fight your own brain,” says Clark. Most people who abuse drugs, alcohol or marijuana don’t end up with a problem, but with opioids we see many people with permanent problems.”

At some point in the 1980s and 1990s, the medical profession came together to discuss how best to treat pain. There was post-operative pain, pain from dental procedures, and pain from accidental injuries. The world’s economies had just fired up and downtime was frowned upon. Doctors became time constrained with their patients and pharmaceutical companies had just discovered new markets for new drugs. The solution? Prescribe opioids freely and widely for all pain. Opioids began to snowball and the problem got bigger. The cure was overplayed, the consequence less considered.

“The medical community at the time didn’t look deep enough into the potential harm of opioids and didn’t understand what those opioids could do chemically and physiologically to the brain,” says Marotta.

It ended up being the perfect storm of circumstance, commercial opportunity and timing which has delivered a worldwide opioid epidemic, with America at ground zero.

To combat this epidemic, CleanSlate has attracted USD25 million in private equity to grow patient treatment from the current 7,000 per year to 50,000 by early 2019. There is a desperate need for more businesses to expand services to serve the needs of those people seeking recovery from the disease of addiction. Marotta thinks there’s a large consumer aspect to helping recovering addicts that has yet to be explored. To help with government legislation and lobbying, CleanSlate has former Congressman and mental health advocate Patrick J. Kennedy on their board. Addiction treatment is something that needs to be considered within legal frameworks too.

Business leaders can also increase productivity by helping support employees who are dealing with addiction and recovery. Instead of focusing on absenteeism, switch to focusing on presentism, to ensure people continue to be productive. “Identifying the early warning signs of addiction in employees can be problematic,” says Marotta. “Be aware of any health claims from employees that show surgical procedures – opioids are sure to be part of that recovery process. Keeping a watchful eye on staff in the months after surgery or an accident can help identify signs of addiction sooner, to enable early intervention and treatment. With fewer doctors available, and increasing numbers of patients with insurance, business needs to be creative and help in solving this problem,” explains Marotta.

The United States is only 5 percent of the global population yet uses 85 percent of all opioids. Opioids have their place in the medical world; it’s the after effects we should be wary of. Last year, the United Nations released 17 “Global Goals for Sustainable Development.” It identified key problems facing our planet and encouraged business to help find solutions. In 2013, only about one in six people worldwide suffering from drug-use disorders received treatment. It’s a reminder of the huge market demand for business solutions that have the potential to create fulfilling jobs –  and most importantly, save lives.