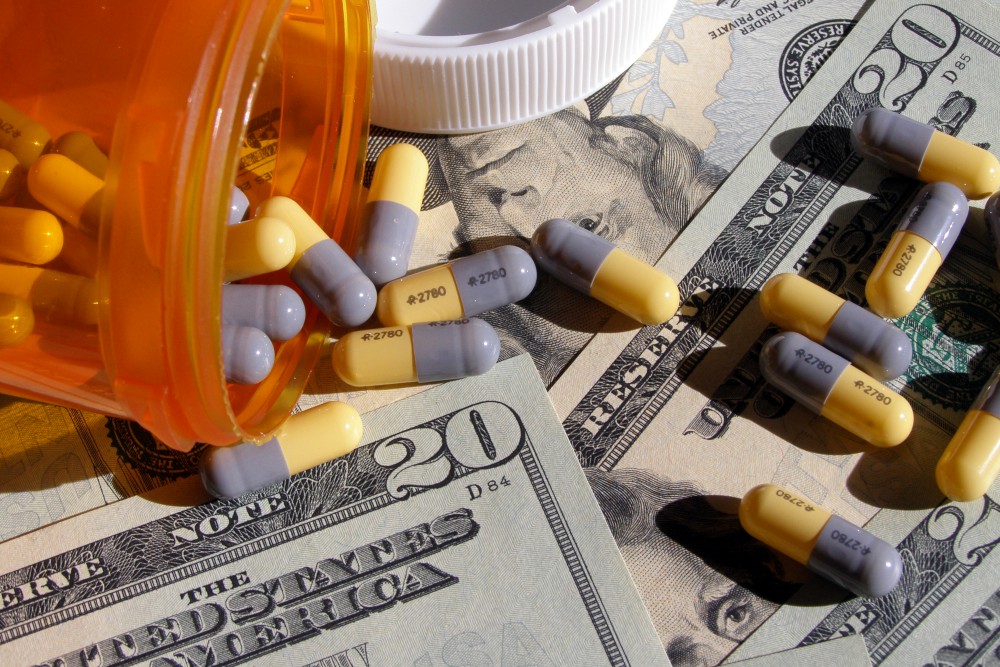 Many US politicians continue to oppose legalising marijuana, both medical and recreational, even going so far as ignoring the wishes of their voters in Florida. Although 71% of Florida voters approved medical marijuana last year, the Florida legislature has been dragging its feet to complete necessary regulation.

Until recently, legislators – including Ray Rodrigues – argued that marijuana in pill form should be the only type of cannabis allowed – no smoking, no vaping, no edibles – or needed. The legislature is now considering allowing vaping and edibles, but still not smoking or using a bong.

Tallahassee Democrat Mark Moore estimates the state has lost $740m in licensing fees because of this recalcitrance. Still, Big Marijuana is poised to make a profit. The Motley Fool reports, based on multiple sources, that legal cannabis sales were $6.9bn last year, up 34%, and could go as high as $50bn by 2026.

But Big Pharma is not taking this threat lying down. With opioids already demonised (not for nothing; the pharmaceutical companies’ exaggerations of how new prescription medicines would be addiction-free recalls similar claims for Bayer’s Heroin in 1898), pharmaceutical companies are gearing up to offer legal marijuana-based treatments, natural and synthetic, with the hopes of a nine-figure payday. The last thing they want is legal marijuana competing with them, so they are also funding anti-cannabis groups and campaigns.

The irony is that these legal products – the Food and Drug Administration (FDA) seems eager to approve them – may be more harmful and less effective than natural cannabis. Pain management doctors and opioid recovery advocates, who ought to be natural allies of legal cannabis, are jumping on the anti-pot bandwagon, either out of misguided concern or because of money from Big Pharma.

Patrick J. Kennedy, a former Democratic congressman and scion of the Kennedy political clan, is not only bipolar and an admitted alcohol and drug addict – who has exhibited many of the physical signs of alcohol abuse and drug addiction, including on the floor of Congress. He has formed a couple of groups to help addicts and the mentally ill: the non-profit Advocates for Opioid Recovery (AOR) and the mental health advocacy group The Kennedy Forum. He also is on the Board of Directors for CleanSlate Addiction Treatment Centers.

All three entities are partially funded by Apple Tree Partners, the private equity firm that owns Braeburn Pharmaceuticals, which markets Probuphine, an implant with the maintenance medication buprenorphine. Apple Tree has given AOR $675,000 as of September 30th, with another $225,000 promised. Kennedy and Gingrich personally benefit in that they receive an (undisclosed) salary as advisers for AOR.

Kennedy also has formed the misleadingly named Smart Approaches to Marijuana. That sounds like a medical cannabis legalisation group – at least for chronic pain and addiction withdrawal – but actually opposes all use of marijuana except the FDA-approved Marinol, a synthetic form of tetrahydrocannabinol (THC) – the principal psychoactive cannabinoid in marijuana – in a pill form.

Marinol has been around since 1985. It started out as a Schedule II drug under the Controlled Substances Act – meaning it could be prescribed under some circumstances – and now is on the less restrictive Schedule III. Natural marijuana, which contains other, non-psychoactive cannabinoids, is still Schedule I, the most restrictive class, alongside heroin.

If cannabis keeps getting legalised, Big Pharma will likely ramp up its claim that its synthetic products are better and safer than the natural plant – a similar tactic by baby formula manufacturers – including Nestle – against breast milk resulted in bad press and a boycott. As of 2014, however, infant formula remained a $11.5bn market.

According to Forbes, the problem with Marinol – generic name dronabinol – is that 45% of patients stop using it after one round because of side effects. Taking THC in pill form makes it harder to control the dosage. Too much THC makes some people who benefit from cannabis’ painkilling or nausea-controlling properties ill. For them, a drag or two on a joint is sufficient. Since Marinol is swallowed, it goes through the liver, which breaks it down and releases more of the side effects associated with THC – impaired thinking, slower reactions – as it is metabolised. The physical signs of alcohol abuse are sometimes similar.

Some of those problems may be avoided when Axim International releases its Marinol-based time-release chewing gum. The company already makes chewing gum with cannabidiol (CBD), the next most plentiful cannabinoid in marijuana – one that has more painkilling properties but is not psychoactive. Still, it is regulated like marijuana as a Schedule I drug: highly addictive, no accepted or safe medical uses.

Axim is not the only company with a dronabinol product in the pipeline. Insys Therapeutics has won approval for Syndros, a liquid synthetic version of THC that it claims is safer than cannabis. Now that it is on Schedule II, Piper Jaffray predicts Syndros could generate $300m to $400m for Insys Therapeutics.

More to Cannabis than THC

Another problem with synthetic THC is that it only contains THC. Cannabis contains hundreds of compounds, and there is increasing evidence that the efficacy of marijuana depends on a so-called entourage effect: several or all of the compounds working together. Although DEA/FDA-approved study is limited by cannabis’ Schedule I designation, what research there is and anecdotal evidence suggests that CBD oil has been found to be more effective when it contains some THC. But there is less of a market or profit incentive for pharmaceutical companies to sell actual marijuana/cannabis than there is to isolate and synthesise its components.

And synthetic cannabis so far ignores one of the most promising areas of cannabis research: its use as a substitute for or means to withdraw from opioids – such as oxycodone, hydrocodone and heroin – and alcohol. Because cannabis has some elements of depressants, the physical signs of alcohol abuse are similar to those of marijuana, but marijuana is less addictive and may be used to control alcoholism.

Cannabis still needs to be thoroughly tested, but the US government does not seem interested, and neither do pharmaceutical companies. 28 of the 50 United States have already legalised medical marijuana. One wonders how many more will have to do so before the government takes them seriously.